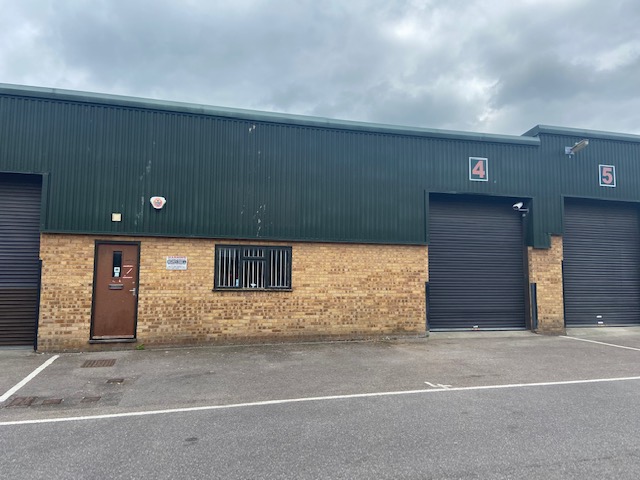 Chippenham is a popular and expanding town situated approximately 4 miles south of Junction 17 of the M4 motorway. The town has a current population in the region of 40,000 people.

The Bumpers Enterprise Centre forms part of the major Bumpers Farm Industrial Estate, just off the A350 Chippenham western bypass. The Centre is located on Vincients Road, directly opposite the link road from Bumpers Way.

The unit is available on a new internal repairing and insuring lease for a term of years to be agreed, but ideally a minimum of 3 years.

The lease will be excluded from the renewal provisions of the Landlord & Tenant Act 1954.

Units 4 and 5 were previously in single occupation, so had a merged Business Rates assessment. A new assessment will be obtained if Unit 4 is occupied independently.

These details for each property or land advert are believed to be accurate but interested parties must not rely upon any statement contained herein as being a representation of fact and must satisfy themselves by inspection or otherwise to the correctness of each of them. Neither Huw Thomas Commercial, nor any person in its employ, has authority to make or give any representation orwarranty whatsoever in relation to the property or development. All verbal statements made in the course of negotiations are made on the same understanding. These particulars do not form part of any contract.